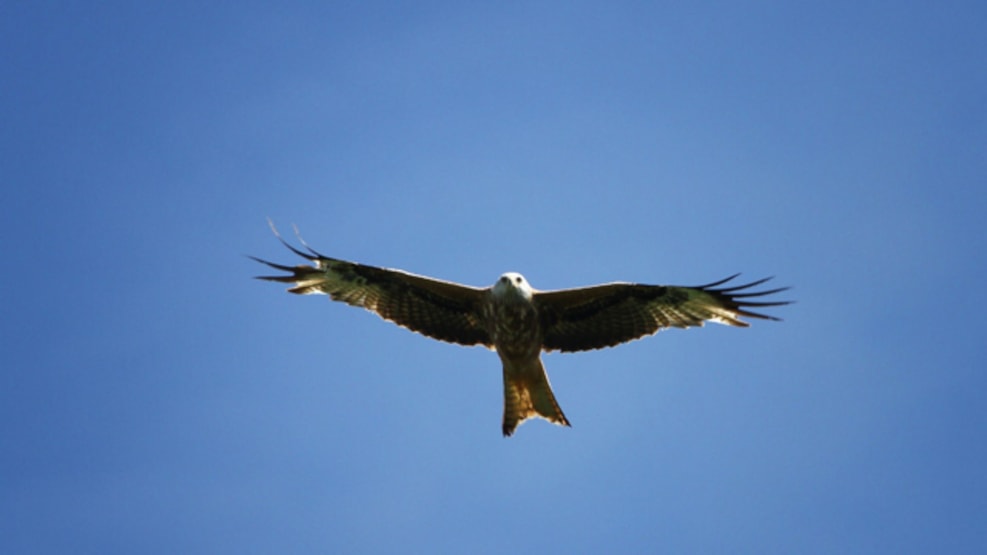 Samsø is often described as the island that is home to almost all Danish biotopes with an unusually rich and varied bird life.

Within its 114 km², Samsø represents almost all of Denmark’s types of landscape; hilly countryside with one of Denmark’s largest common areas in the north. Moorland, plantation, fjord, uninhabited islets, and stone reefs in the middle part of the island. Hilly agricultural land on the south island with lakes and bogs; and Samsø’s largest hardwood forest in the southernmost part. These very varied types of landscape appeal to a rich and diversifi ed bird life. 190 bird species have been observed annually. Quite a number of species, such as golden plover, small godwit, and regular sandpiper, use Samsø and especially Stavns Fjord and the hollow areas along Sælvig Bay, as resting place and foraging grounds during migration in the spring and autumn.

Issehoved, in the spring, is the best place on Samsø to observe migrating and resting birds of prey and other small birds. The chiffchaff can be spotted as early as late March, and other son g – birds will follow, during April and the beginning of May. The skylark and meadow pipit are very common both as migratory and breeding birds. Every year, 2-3 ringed plover couples breed on the beach. In the steep slopes north of Vandstedet on the west coast, there are colonies of sand martin and black guillemot.

On the east coast, 1 kilometre south of Issehoved, the fi ne beach bog, Kragemosen, can be found. Every year, this place is a breeding ground for 8-10 greylag goose pairs and 2-3 red-necked grebe pairs. From late March, elegant western marsh harriers can be observed while hovering over the bog where they also breed. This bog is also home to reed warbler, reed bunting, and the very beautiful bearded tit. In the impressive hilly country with its characteristic grooves on the western side of Northern Samsø, you can observe and hear linnet, whitethroat, and yellowhammer. Every year Busdal and Møgelskår serve as breeding grounds for the red-backed shrike. Stavns Fjord with 9 islets covered with grass and bushes is located in the middle of Samsø.

The eastern part of the fjord is protected against the current and waves by the 5 km long Besser Rev. Vejrø is located off the fjord, with about 50 black guillemot couples. Stavns Fjord is a bird-protected area under the EU. Stavns Fjord has good natural wading surfaces, rich in feed and littoral meadows, rendering ideal living conditions for breeding and resting birds. Three character birds, eider, gray heron, and cormorant, breed in Stavns Fjord. The cormorant colony on Yderste Holm and Kolderne, is the biggest in Denmark with more than 2,000 pairs.

Other breeding birds are shelduck, oystercatcher, redshank, and arctic tern. Sværm and Besser Reef is open to the public from 16/7 – 31/3. During autumn and winter, many wading birds, such as sandpiper and turnstone, rest here while migrating to the south. During the winter, bird life in the fjord is marked by resting goldeneye, widgeon, mallard, and brentgoose.

Østerhede, which forms part of Nordby Hede, is north of Stavns Fjord, is heather moorland with streaks of birch, pine, and juniper. In the spring, whinchats and meadow pipits rest here and in the late summer it is a resting place for a large number of whimbrels. Østerhede’s character bird is the skylark. The south-eastern part is more marked by woodland, and is the breeding ground for song thrush, chaffi nch, willow warbler, blackcap, whitethroat, great tit, and coal tit. The majority of South Samsø is agricultural land, and here, too, the skylark is a characteristic bird, together with yellow bunting, corn bunting, and whitethroat. In the villages, throughout the year, there are blackbirds and sparrows and in the summer, the landscape is marked by swallows. Quiet a number of small lakes and bogs on Samsø host a few species of red-necked grebe. The white wagtail is very widespread. Across the island kestrel boxes have been mounted to help maintain a population of 7-8 kestrel pairs, although fi eld mice, the most important feed for kestrels, do not live on Samsø. The buzzard is very common on Samsø, both in the summer and winter.

Samsø’s largest hardwood is Brattingsborg Skov comprising of 230 hectares, with a rich and varied bird life located in the southernmost part of the island. Blackbird, song thrush, blackcap, chiffchaff, wren, and chaffi nch are character birds all over the woods. That goes for the robin, too, although it is rarely observed. However, its fi ne song reveals its presence. Over several years, a pair of ravens have raised a brood of nestlings in the same nest in the southern part of the woods. Bicycles and walking is allowed throughout the year, but motor vehicles are only allowed in May and October.

From November until March, you will see large crowds of graylag geese, barnacle geese, and whooper swans on the fi elds of Samsø, especially on the fi elds where there are leftovers of potatoes. Along the roads, crowds of fi eldfares forage on rowanberries and hawthorn.

If you are interested, please visit the homepage www.samsofugle.easytell.dk.

By Mogens Wedel-Heinen, Ranger and Ornithologist