Denmark takes the top spot at the ‘world championship for chefs’

Brian Mark Hansen is the head chef the Michelin-starred Søllerød Kro north of Copenhagen. Søllerød Kro is a charming thatched inn located in the village Søllerød and first opened their doors in 1677. Today, Søllerød Krop serves a French-inspired gourmet menu and has an extensive wine menu as well. Hansen has previously worked at Ruths Hotel in North Jutland and Kong Hans Kælder in Copenhagen.

His assistant in the competition, Elisabeth Madsen, is a chef at Svinkløv Badehotel in the North Jutland region of Denmark. Svinkøv is one of Denmark’s iconic seaside hotels. Here, she works with Head Chef Kenneth Toft Hansen, who is the most-recent Danish chef to win gold at Bocuse d’Or. He won the competition in 2019.

Head Chef Rasmus Kofoed from the current #1 on World’s 50 Best list, Geranium, has also won the competition in 2011. 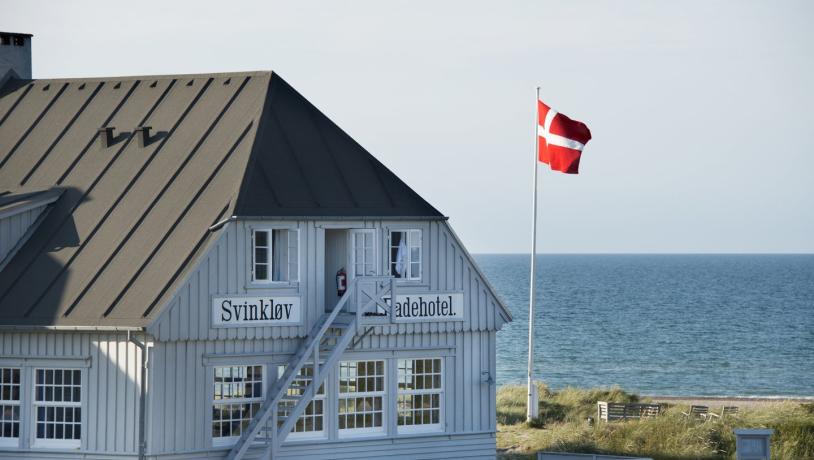 Head Chef Rasmus Kofoed from the current #1 on World’s 50 Best list, Geranium, has also won the competition in 2011.

The Bocuse d’Or competition takes place every other year, and each of the competing teams first have to pass a qualification round. Hansen and Madsen qualified at the European championship last year, before making it to the final. This took place in Lyon, France, under the theme ‘Feed the kids’, and the chefs worked with ingredients such as marrow and sea bass.