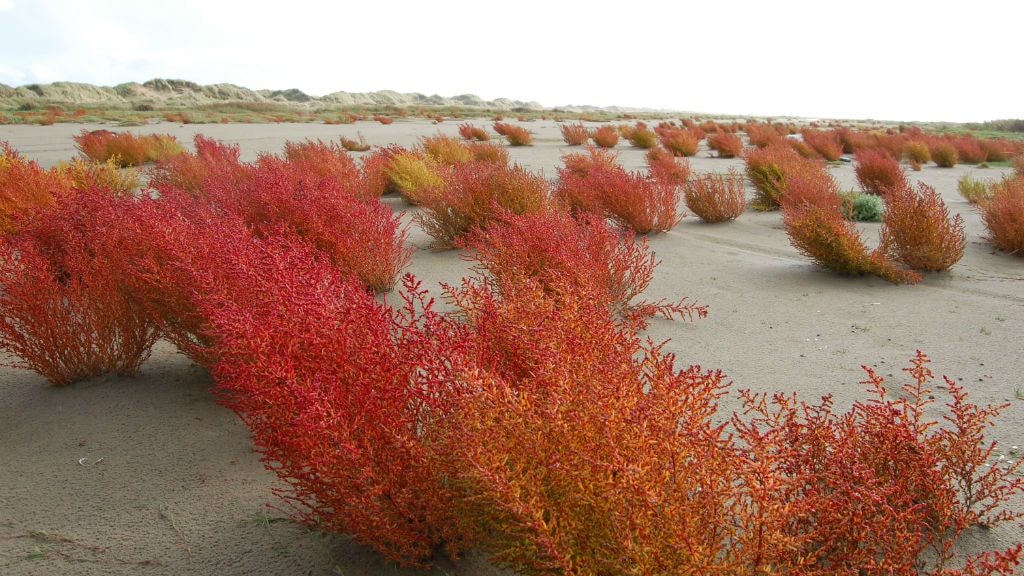 The Wadden Sea is one of the most important areas for fish, birds and seals. 10 to 12 million waterfowls annually pass the Wadden Sea on their way to or from their breeding areas in northern Scandinavia, Siberia or Greenland.

The birds take advantage of the bountiful larder on the seabed (tidal flats), which is exposed at low tide twice a day. Up to 60,000 snails per m2 can be found in tidal flats.

But remember: On the tidal flats and beaches there are often large flocks of birds that need peace and quiet to seek food and rest. By keeping a distance from the flock of birds you can truly help the birds on their way to their breeding or wintering grounds, often thousands of miles away.

Fanoe is located right in the Wadden Sea National Park.

The National Park stretches from Blåvandshuk in the north to Tøndermarsken in the south. It is a unique natural area that includes the Wadden Sea, the islands of Fanoe, Mandø and Romø, and the low land areas and dikes along the mainland coast.

The whole of Fanoe is a part of the new national park, thus the only municipality in Denmark, where the entire area is a national park.

Large parts of the German and Dutch Wadden Sea are National Parks. And now the Danish part is also a national park. Overall, it is one of Europe's largest national parks.

Salt Marshes in the Wadden Sea

Salt Marshes belong to the most valuable types of nature in Denmark. the largest Salt Marsh on Fanoe is " Grønningen ", that covers the northern part of the island.

On the southern tip of the island is the Salt Marsh with the curious name " Hønen ". Hønen literally means chicken. Why it got this name is now forgotten, but it is a very interesting area with a very special vegetation and birdlife.

The tide is a crucial element for Fanoe and the Wadden Sea. The tide is, in brief, the regular rise and fall of the sea level. This occurs in a cycle of 12 ½ hours. The point in time where the water level is at its highest is called flood tide and at its lowest ebb tide. The height difference between the ebb tide and flood tide in the Wadden Sea is around two metres - the highest in Denmark.

Landscapes melt together in the large sand desert. Visitors are allowed all year round on Søren Jessens Sand.

You may bike on a short stretch from Fanø Bad, going north along the dunes. But the loose sand will quickly make it impossible to bike, so then hiking is the only way to get around. The very special landscape makes it an entirely different Fanoe experience.

See all in this area
Last updated by
Fanø Turistbureau
mail@visitfanoe.dk