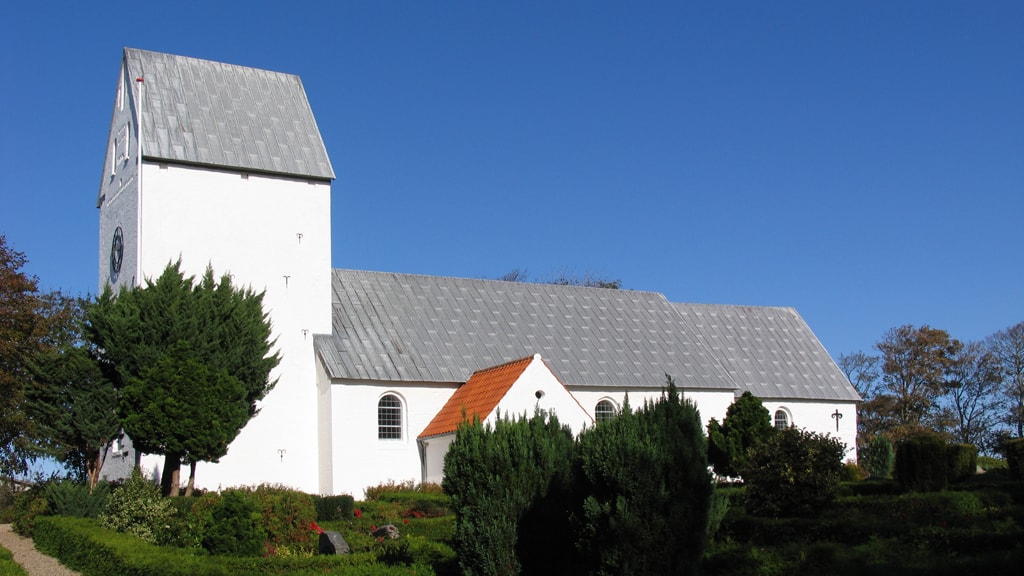 Lydum Church: Romanesque village church, from 1200, originally built of tufa. In the church is a modern fresco painting by Jens Urup, which covers the whole of the northern wall of the nave from ceiling to floor and west to east. It depicts the burial of Christ, his departure from the grave and finally his walk with the two disciples to Emmaus. The lord of the manor of Lydum, Hans Christian Vind, gave the rare little confessional altarpiece from 1581. On it are painted his father?s and mother?s coats-of-arms. Of a burail crypts one is accessible. Furhter, in the churchyard, can be found interesting older gravestones and in the wall, at the entrace, 3 peasant gravestones.