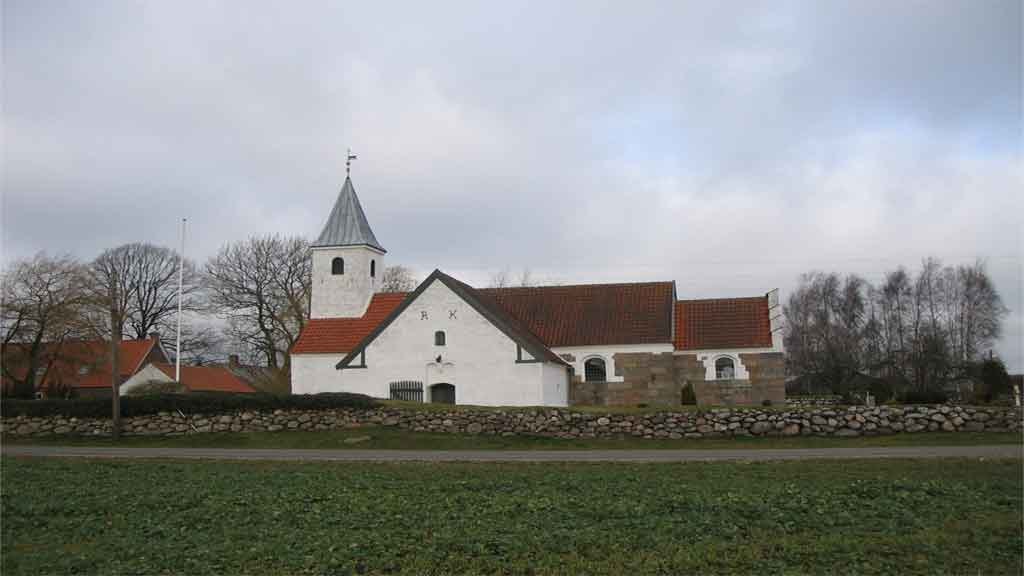 Mygind Kirke is the only preserved Middle Age church in the former Mygind -Krogsbæk-Skørring parish. If you travel by the old parish road from Mygind Mill, you get the best view of the church in its entirety, situated on the hill of the village.

It is not big, but the church was originally much smaller. All of the parish's stone types are represented in the Romanesque ashlar stone church.

The original, small Romanesque village church was erected in the 12th century of shaped fieldstones, of which several granite-types from the fields can be found with the walls of the church.

The church originally consisted of a narrow choir and a broader ship. The choir remains unaltered, but the ship was extended with 6 meters in the 15th century, to accommodate the need of the time.

It is considered likely, that the church porch also functioned as a school for the children of the parish, and the spacious church porch can thus be considered the first school in Mygind.