7 reasons why you should definitely try oysters in Denmark

We know that oysters aren't for everyone, but we also reckon that people who say that haven't tried Danish oysters. Find out why they're one of Denmark's most unmissable treats right here...

1. We've been slurping oysters in Denmark for thousands of years

Oysters may now be associated with fancy restaurants and expensive champagne, but us Danes have actually had oysters on our menus since the Stone Age. The nutritious and tasty delicacy was clearly a big hit among Stone Age people: archaeologists have found oyster shells in some settlements that date back to around 4000 BC. So it's not just a luxurious indulgence, it's a taste of our long-lived culture too. 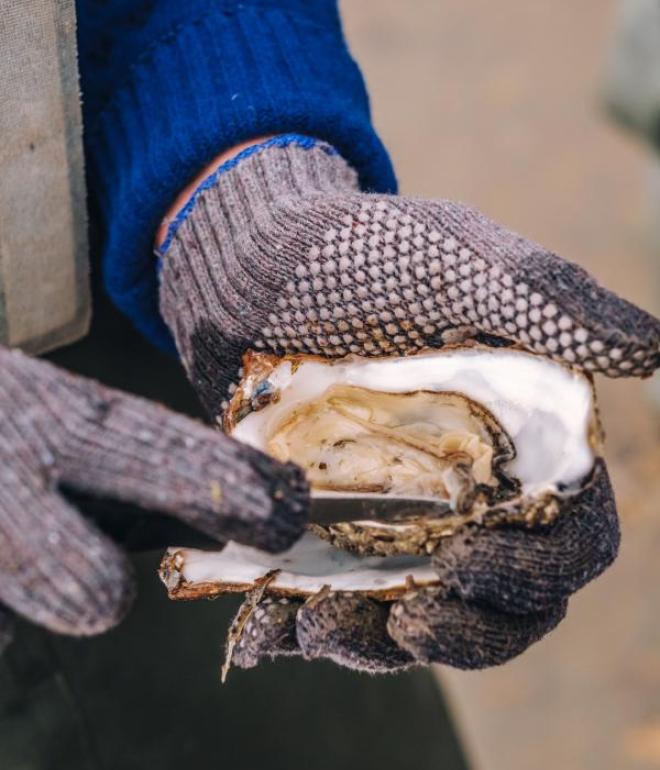 2. An oyster safari in Denmark is (almost) as fun as jumping into puddles

Oysters-what ?! Our safaris are a bit different in Denmark. Instead of looking out for the Big Five, we're looking for slightly smaller and less furry marine life here. Oyster safaris are led by knowledgeable nature guides who know all the tricks and tips for a successful tour. In the South of Jutland, there are oyster safaris from the islands of Fanø and Rømø, but you can also go looking for oysters in waders on the Limfjord .

3. Denmark is the home of the Oyster King

In addition to our beloved royal family, led by Queen Margrethe, we also have a real oyster king ! The former consultant Jesper "Oyster King" Voss swapped his suit for wellington boots and a leather apron a few years ago in order to devote himself to his love for oysters. He knows absolutely everything about the delicacy and happily shares his knowledge on countless oyster safaris and workshops. Originally from the island of Fanø, he now mainly organises tours to the southern islands of Rømø and Mandø.

4. We have a whole festival dedicated to Danish oysters

A dish as tasty as oysters deserves to be celebrated - don't you think? The west coast of Jutland between the Danish Wadden Sea around Rømø and the Limfjord is known as Denmark's oyster coast and attracts gourmet and seafood lovers from all over the world. Since 2019, the oyster coast has had its very own celebration: Denmark's Oyster Festival combines regional culinary and nature events, such as oyster safaris, herbal tours, cooking competitions and, of course, taste tests. 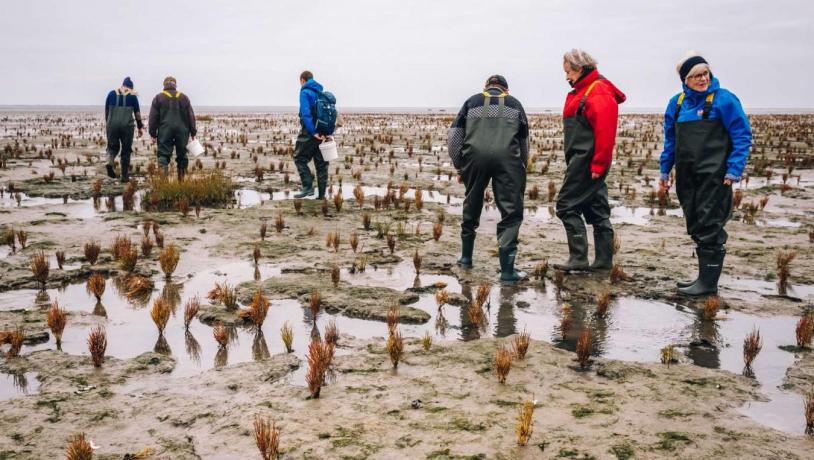 5. The Limfjord is Denmark's shellfish hotspot

The Limfjord is not only the source of some of the best oysters in the world, but also other shellfish like mussels, along with many species of high quality local fish. So it's no wonder that Nykøbing Mors on the island of Mors has gradually blossomed into Denmark's shellfish capital. You can see it for yourself at the annual oyster and mussel championships, on oyster safaris and at the shellfish festival with its annual buffet.

6. Eating oysters is good for the environment

The Pacific Oyster, which is found everywhere in Danish inland waters, is considered an invasive species. It changes the natural marine environment and threatens the unique European oyster species, especially in the Limfjord. Along the North Sea, too, Pacific Oysters are displacing the mussels that many birds in the Wadden Sea rely on for food. So pack your wellies and do the environment a favour by scooping up these delicious goodies and eating them! Good to know too, is that the Pacific Oyster can be recognised by its elongated shape and thick shell, while the European one is rounder and fleshier.

7. You have to try Danish oysters at least once in your life

True, the consistency of oysters is not for everyone, but we think you should try everything at least once! And if you want to try your hand at oysters, why not in Denmark? In addition to oyster safaris, festivals and other opportunities, there are also fantastic fish restaurants in Denmark , where oysters are often served in the most delicious settings. If you don't fall in love with them instantly, you can always wash them down with Danish beer, wine  or our very potent snaps.

Come and get a taste of these delicious stories too...

9 Danish whiskies you ought to try

Take a bite out of the world of Danish pastries