Denmark is a wineland, not satisfied with just making great beer, we're also home to grapes. Here's all you need to know about drinking local Danish wine.

Danish wine has been growing in popularity since it became an official wine-growing country in the year 2000. Officially Europe's northernmost grape-growing area, there are four key regions - Jutland, Funen, Zealand and Bornholm.

It's regarded as a new and interesting speciality on the international wine stage, and some wineries have even won international prizes. So let's explore it a bit more - bottoms up!

Everything you need to plan your Danish wine exploration tour.

Let's start straight away with a few superlatives: Skærsøgaard Vin near Kolding is Denmark's first and most award-winning winery. Various grapes are grown on the approximately 25,000 vines, and you can buy them directly in the farm shop or try them when you visit the winery. Come and discover a new favourite! 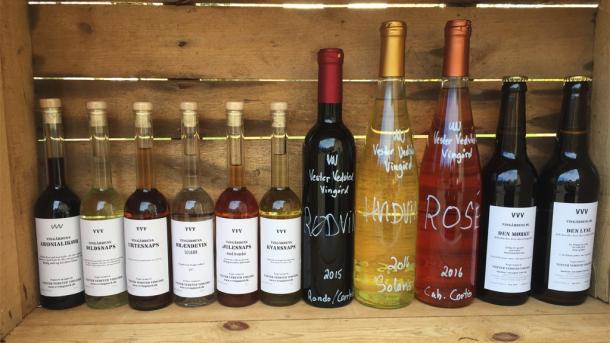 Vester Vedsted Vingård near Ribe is a passionately-run family business. As well as the winery, the family also runs a microbrewery, a distillery, a small shop with their own and regional goods and an atmospheric restaurant. Surrounded by forest and the most beautiful nature, there's pretty much something for everyone. 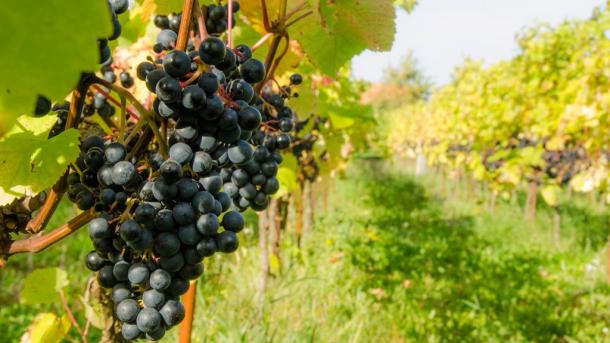 One of Denmark's oldest wineries, Glenholm Vingård overlooks the Limfjord in North Jutland. The winery is run by two generations of wine lovers, and this curiosity and passion for wine can be felt all over the farm. Experience the relaxed atmosphere, take a guided tour or explore the vineyards on your own and take a look around the wine shop. Glenholm is a popular destination with plenty of cozy corners to enjoy a glass of wine! 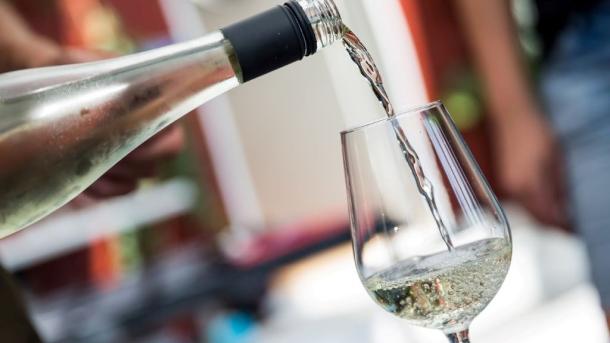 Guldbæk Vingård is about 20 km south of Aalborg, making it one of the northernmost wineries in the world. The 15,000 vines are grown organically, i.e. without artificial fertilizers or pesticides - even weeds are removed by hand. Stop by and enjoy the view over the unique landscape with horses grazing nearby. 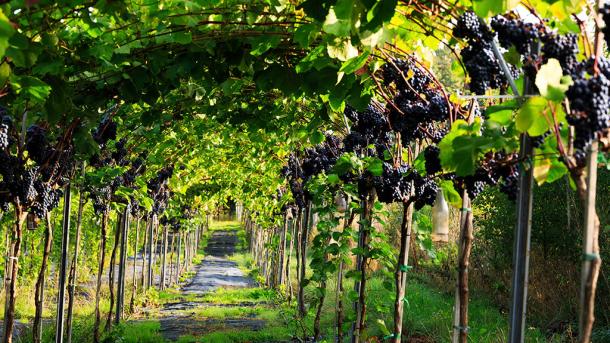 Vesterhave Winery in the south of Zealand is both 100% organic and recently claimed the title as Denmark's best winery. Tour the farm's wine and apple orchards, cruise the cozy wine cellar where oak barrels are stored, and stop by the farm shop - all while enjoying four different wine tastings. Not a bad way to spend an afternoon. 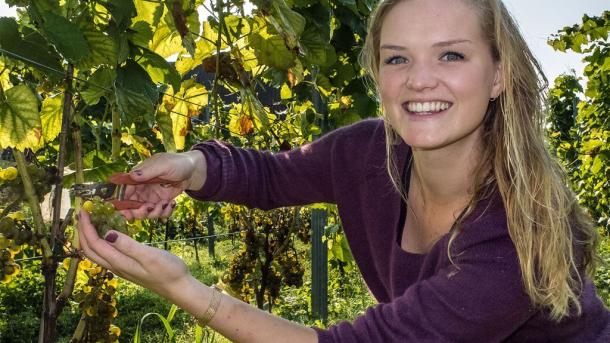 Hylkegård on Djursland centres around an old farm from 1832, which is now home to a characterful farm shop and art gallery. In 2012, the owners planeted 1,400 vines of the Solaris white grape variety to establish the winery. Taste the first drops of the young wine on a visit here. 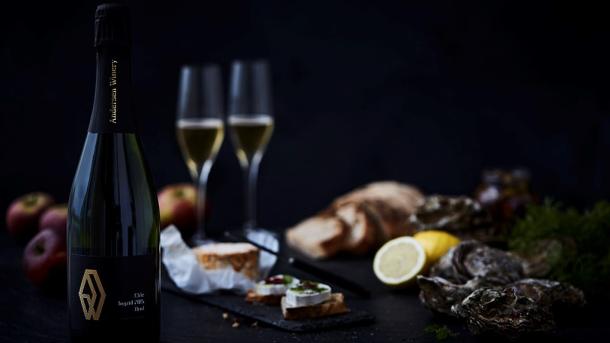 Andersen Winery is a Danish winery in the unique landscape around Mols Bjerge, where first-class sparkling wines are produced. The best local fruits, grapes and berries are carefully selected for this. And you can taste it too. 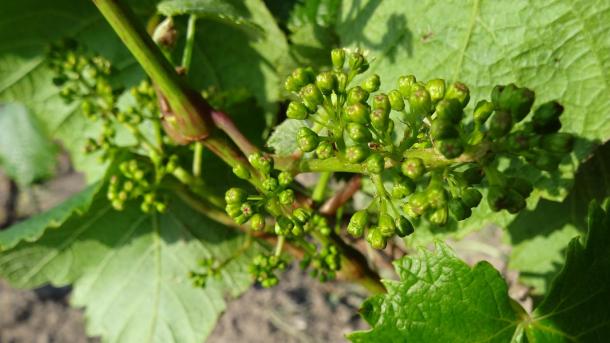 The Magtenbølle winery is the only winemaker in West Funen. Leif Petersen produces and sells Claret wines here, a French red wine from the Middle Ages that is made like white wine and should be enjoyed cold. With their berry-fruity fresh aromas, these wines are ideal companions for a mild summer evening on the terrace. 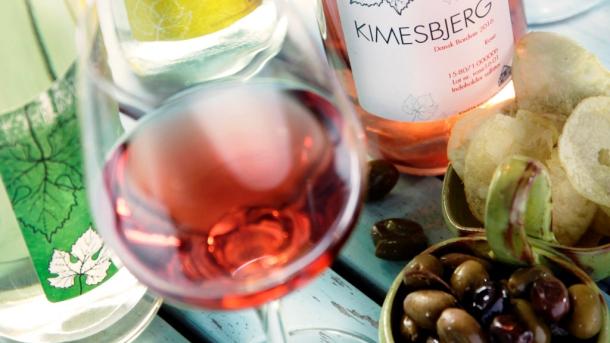 Kimesbjerggaard Vingård is on the south coast of Funen. The wines produced here are unique blends of 11 different varieties of red and white wine grapes, including rosé and sparkling wines. You can buy it direct in the associated farm shop, where you will also find a small selection of snacks that go well with wine.

Feel like slowing down? Quality, tranquility and slow living are the focus at Skårupøre Vingård. Order one of the self-produced wines or a coffee in the café in the courtyard and enjoy the idyllic surroundings, perhaps with a “Funen plate” with local products and homemade bread. 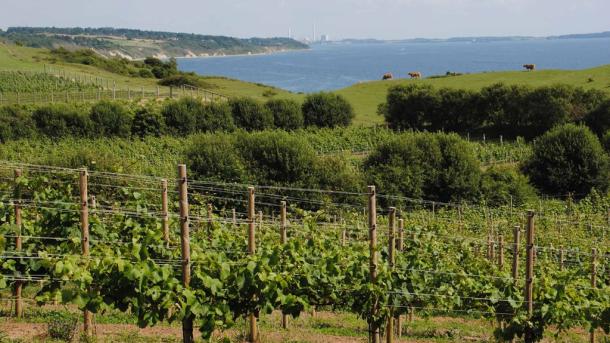 Dyrehøj Vingård is the largest winery in Denmark with over 30,000 plants, and offers all kinds of activities, wine tours and excursions on the site. There is also delicious food and wine in Café Dyrehøj.

Odsherred in West Zealand is home to numerous excellent wineries thanks to its mild climate. Ørnberg Vin is one of them, and was named Denmark's best winery in 2014. Set on a south-facing slope with a view of Sejerø Bay, you can sample your way through the extensive range of white and sparkling wines.

Not very far away is the award-winning Vejrhøj Vingård with its 10,000 vines. Located directly on the hiking trail from Vindekilde to Vejrhøj, you can stop here for a little refreshment during your hiking tour and enjoy the beautiful view over Nekselø and the Baltic Sea.

Ørby Vingård in North Zealand is where wine is made in the most beautiful surroundings (and they have their own sheep!). The winery comprises 2,200 vines of different varieties, including red and white wine, rosé and sparkling wine, and dessert wine. The finished, often award-winning wines are all recognizable by the large Ø on the label. You can try them at a tasting and buy them in the winery's own approved farm shop.

A few kilometres away is Annis Vingård, where wine has been grown for more than 20 years. In addition to the estate's own vines, the grapes from the neighboring Garbolund farm are also used in winemaking. Good neighbours in the best sense! In addition to lectures and other wine-based events, tastings are also offered at the winery.

Denmark's largest winery has a special, not-so-secret ingredient, the cherry! Following the same principles of traditional wine production, they produce a wine unlike any other you may have tried before - in the best way possible. Cherries are grown on their farm, fermented and aged both outside in glass jars and inside in French oak barrels to make the perfect wine in several varieties. Soak in the atmosphere, try out the tours and, of course, sample the wine! 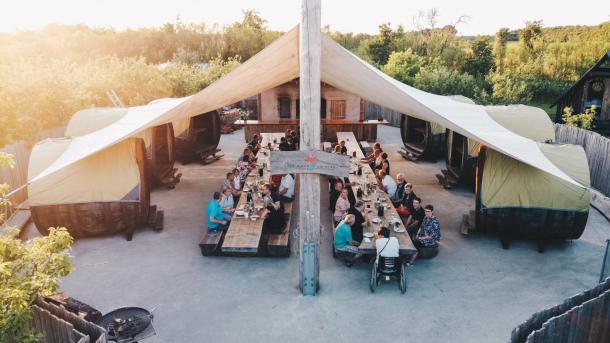 Nestled just outside of Aarhus you'll find a winery dedicated to getting the very best out of apples, cherries, pears, blackcurrants – you name it, they've tried it! And the results are delicious, just go see (and try!) for yourself. Relax overnight with one of their many glamping experiences, not to be missed.

Some more fine ideas from Denmark to marinade in...

9 Danish whiskies you ought to try