Experience one of the world's most LGBTQI+ friendly destinations

We don't believe that being gay should have to define your choice of holiday destination. But if it does that's great news for us! Because Denmark is consistently ranked among the most LGBTQI+ friendly countries in the world.

Why you should visit colourful Copenhagen

Copenhagen is as colourful as a rainbow in both a figurative and literal sense. You'll get to stroll through the city center's charming cobbled streets with century-old buildings that seem like they're always dressed up for a pride parade, and within walking distance (or cycle distance if you want to do it Copenhagen style) you'll find quirky shops, alleyways and bars.

Which events to attend

Every day Copenhagen hosts a large variety of events, exhibitions and quirky happenings for everyone to enjoy. And throughout the year, you can attend events where the city becomes extra colourful by dressing up in rainbow colours. You might want to plan a trip to Copenhagen while one of the community's big and hot happenings take place, such as Pride Week (mid-August), the MIX Copenhagen LGBTQ Film Festival (late October), or Winter Pride (first week of February).

And you definitely ought to book a trip to Copenhagen in August 2021, so you can participate when Copenhagen hosts the first-ever joint celebration of World Pride and EuroGames.

What to see and do

If you want to deep-dive into the local LGBTI+ community, you can book city tours, home dinners or pub crawls with locals from the community. They'll show you their favourite places in the city and tell you about the gay community in Copenhagen.

But naturally being gay doesn't define which types of attractions you want to see, and we suspect you'd want to experience Copenhagen's top attractions much like everyone else wants to. And it's not for nothing Lonely Planet chose Copenhagen as its top city to visit in 2019 - our scrumptious food scene, cutting-edge design, cosy winter season and laid-back lifestyle are all rather spectacular if we do say so ourselves (though we may be a bit biased). 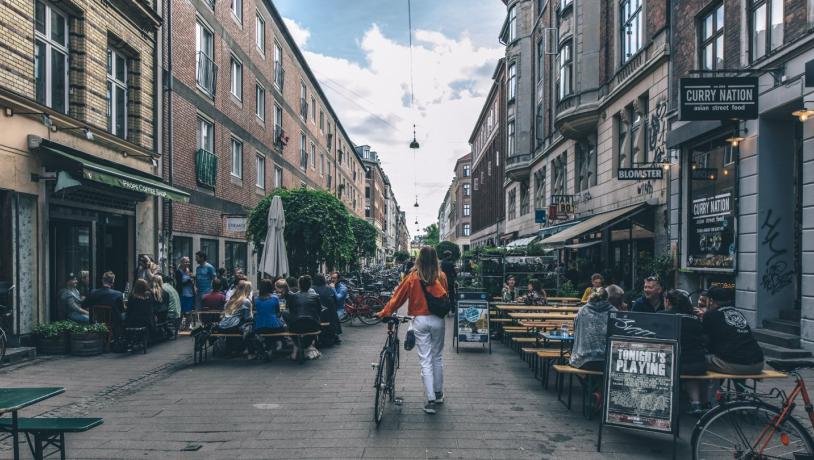 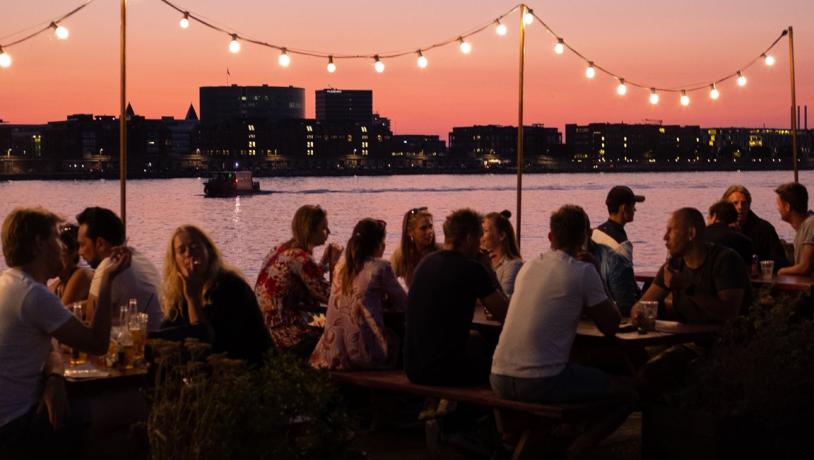 Where to eat, drink and go out

You don't have to choose the places you dine on the basis of it being LGBTQI+ friendly - because they all are. You will however have to make some difficult decisions about where to dine as Copenhagen is known as Scandinavia's gourmet food powerhouse. So follow your gut (literally) and figure out whether you want to opt for a laid-back street food market, a high-end Michelin experience, something in between, or a mix of all of the above. The choice is yours.

Copenhagen's night scene is as open-minded as everything else in the city. But if you feel like partying with the community, you'll find that the area around Studiestrædet is filled with LGBTQI+ bars and nightclubs, such as the oldest gay bar in the world Centralhjørnet, Cosy Bar, Kiss Kiss and the lesbian bar Vela. You can find a list of the LGBTQI+ bars and clubs in Copenhagen here. 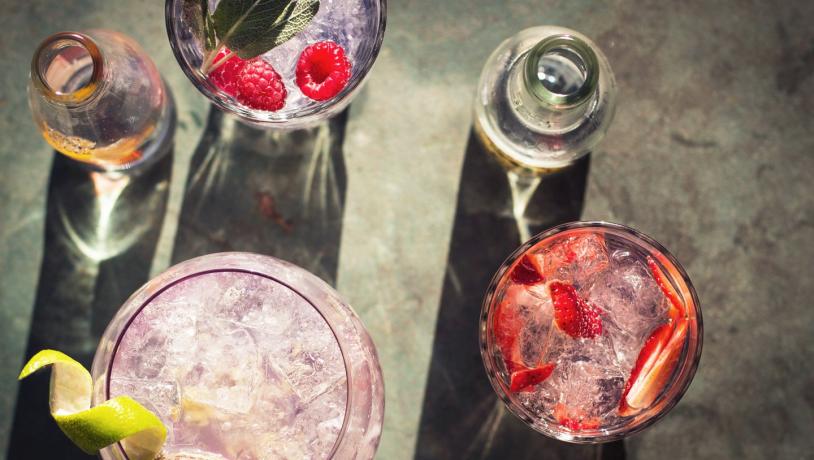 We can't stress this enough: being as progressive and open-minded a city as Copenhagen means that pretty much every hotel is LGBTQI+ friendly. So you'll have a range of hotel options to choose from.

Some of the most popular places to stay for people within the LGBTQI+ community are, for instance, Hotel SP34 which is a design hotel located in the Latin Quarter (just a stone's throw from the most of the gay bars and clubs), Manon Les Suites which has brought a mix of Bali and New York to Copenhagen, and Urban House Copenhagen which is a hostel/hotel in trendy Vesterbro that caters to a variety of different price points.

While Copenhagen may have the most vibrant LGBTQI+ scene and the largest community, our openness and welcoming attitude goes beyond the city limits and is found throughout the country. So why not venture to new parts of Denmark while you're here? (we promise you we have cool and unique experiences all across the country.) The island of Bornholm is a 35-minute flight away from Copenhagen and twins well if you want a 'city plus island' vibe to your stay.

And while you're exploring these uncharted territories, you might even join in the local LGBTQI+ happenings such as the pride and diversity celebrations in Aarhus, Fanø, Aalborg and Odense.

Get to know a bit of our proud story

We don't have to tell you that there ought to be equal rights for all no matter who you love, yet this obvious human right is still something that needs to be fought for in many areas of the world. We're proud to say that Denmark has been one of the frontrunners of gay rights during the past 80 years.

The history of our LGBTQI+ community plays an important part of Denmark's modern history. It's at the core of our culture, and our progressive and inclusive way of thinking. And we simply want to welcome you with open arms (which is why you ought to come visit us).

TIP: You can learn a bit more about some of the most important milestones within the Danish LGBTQI+ community by clicking on the box below.

10 milestones for the LGBTQ community

The organisation that is nowadays known as LGBT Danmark dates back to 1948, which ranks it among the world's oldest existing LGBTQ organisations.

Centralhjørnet is located in Copenhagen's historic Latin Quarter and is regarded as the world's oldest gay bar. It opened in 1917, where it was known as a place for men to meet other men up until 1955 when the bar would be publicly known as a gay bar.

The film festival which is nowadays known as MIX Copenhagen was established in 1986. For the past couples of years, the festival has boycott films with cis-actors portraying trans characters.

Denmark became the first country in the world to legalise same-sex unions in 1989, and the first same-sex couple to officially tie the knot was life-long LGBTQ activist Axel and his partner Eigil. They said 'I do' at Copenhagen City Hall.

In the same year Copenhagen was the European Capital of Culture, the city hosted EuroPride. This became the start of the annual Copenhagen Pride parade (previously known as Mermaid Pride).

2009: The World OutGames in Copenhagen

Building on the success of the 2003 EuroGames in Copenhagen, the city hosted the World OutGames in 2009. The entire city was dressed in rainbow colours and more than 5,500 athletes from 98 countries participated in the event.

It took a bit longer than necessary for Denmark to go from legalising same-sex unions to passing a bill allowing equal marriage for all. But in 2012 Denmark became the 12th country in the world to allow same-sex marriages.

Denmark became the first European country to allow trans people to have their legal gender changed without having to undergo any surgeries or hormone treatments.

This act was followed up in 2017 when Denmark became the first country in the world to depathologise trans people which recognised what the LGBTQ community (and the majoriy of the Danish population) had known for years: trans people are not mentally ill.

In 2021, Copenhagen will host the first-ever joint WorldPride and EuroGames where there'll be hundreds of events happening through the 11-day festival. We'll also be celebrating five LGBTQ-related anniversaries, including the 25th anniversary for Copenhagen Pride.