Denmark's most famous writer is known all over the world. The author of The Little Mermaid, The Ugly Duckling and The Princess and the Pea among many others travelled widely in his home country of Denmark. Let's take a tour and see what fairytale magic rubs off on us along the way. 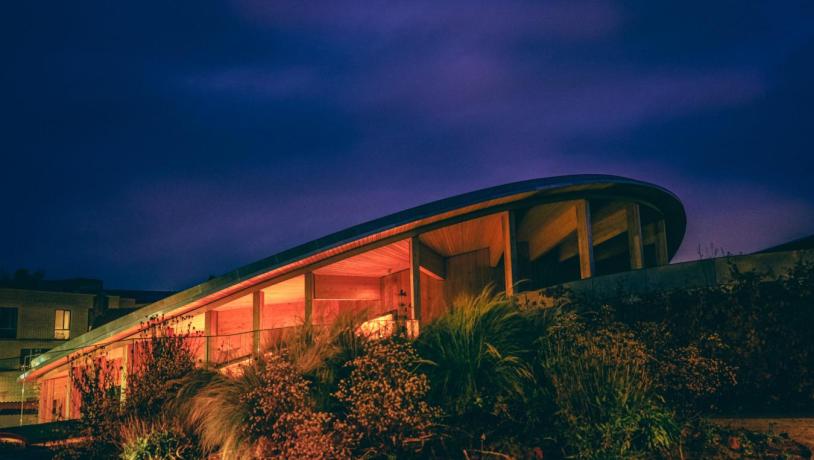 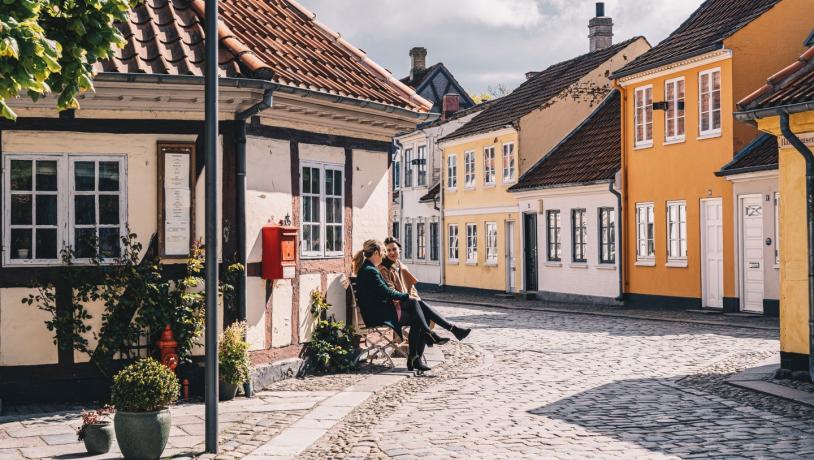 Once apon a time in Odense...

Hans Christian Andersen was born in Odense on 2 April 1805 and more than 200 years later, his stories are still being read.

The recently opened H.C.Andersen's House is an absolute must for fairy tale fans. With new reinterpretations of his classic fairy tales and wonderful gardens to explore. You can also visit the house he grew up in, and take a walk in his footsteps around the city. In the old town, see what life would have been like for him in the early 1800s.

While you’re in Fyn, be sure to visit Egeskov Castle. The 450-year-old castle has grand parklands, garden mazes and a moat that looks straight from a fairy tale itself. The author visited it many times and you can see one of his hand-cut paper dolls and its miniature wardrobe of 44 gowns on display. 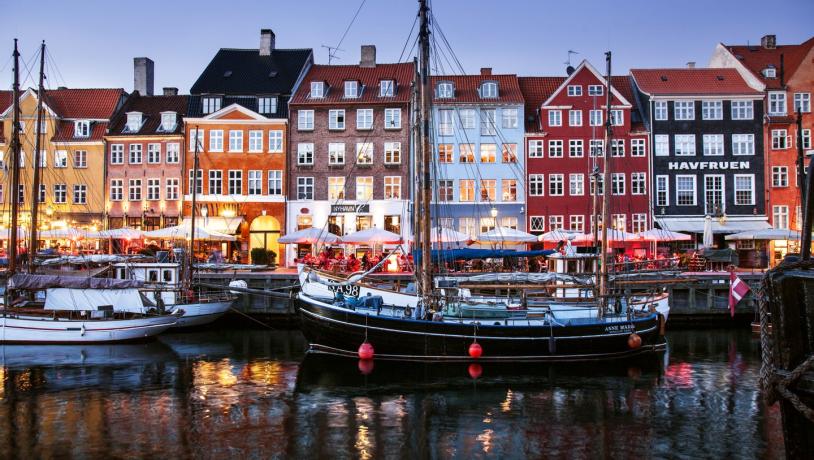 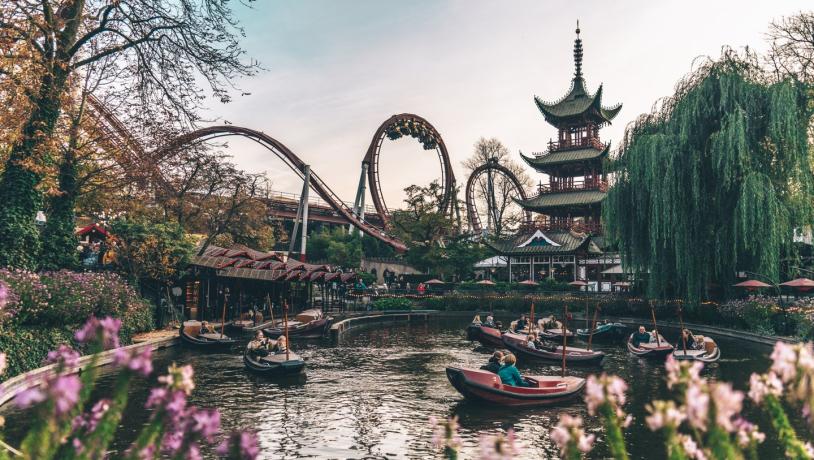 The fairy tale city of Copenhagen

Hans Christian Andersen spent most of his life living and working in Denmark's capital city, Copenhagen.

To walk in his footsteps, or, maybe, swim in them, start with a canal tour. You’ll pass by Nyhavn canal, where he once lived, along with the famous statue of The Little Mermaid, and Amalienborg Palace where he once spent Christmas, when it was a naval academy rather than a royal residence.

At Tivoli Gardens, Hans Christian Andersen found the inspiration for The Nightingale, which begins with a description of the Chinese emperor’s gardens that sounds remarkably similar. A little side trip from Copenhagen, Kronborg Castle, is where he wrote Ogier The Dane (Holger Dansk in Danish). Delightfully, you can find a statue of the legendary hero in the creepy cellars under the castle where he is shown sleeping, ready to wake up and defend Denmark again in its hour of need. 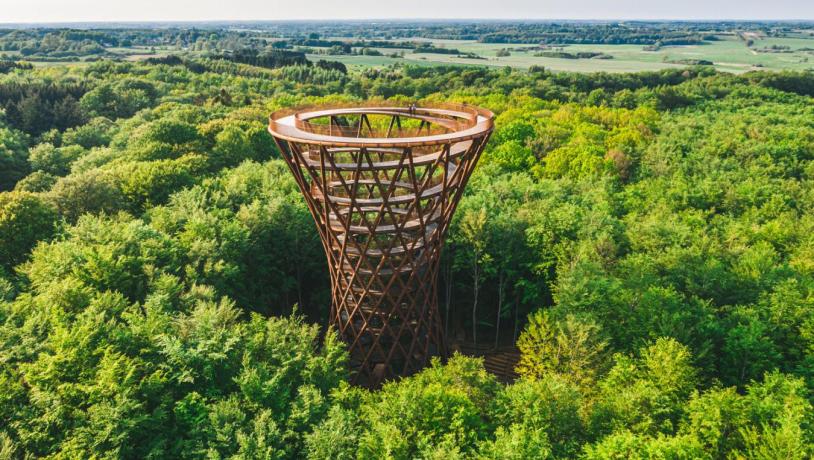 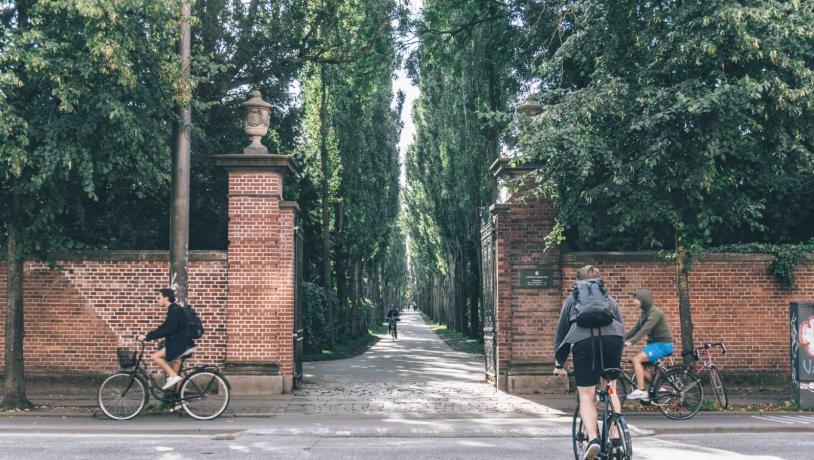 A day trip from the city, Gisselfeld Manor is well worth a visit, and not just for its highly acclaimed Forest Tower. This former royal estate played home to Hans Christian Andersen on three occasions and inspired him to write The Ugly Duckling. To the north of Copenhagen, the Renaissance castle and formal gardens of Frederiksborg Castle may also set you dreaming of romance and fairytales – just as it did to Mr Andersen, who visited many times.

Don’t leave Copenhagen without paying your respects: you can find Andersen’s grave in Assistens Kirkegaarden, where the author was buried in 1875. As well as being a cemetary, it's a quiet green space where the locals walk, run or even picnic. 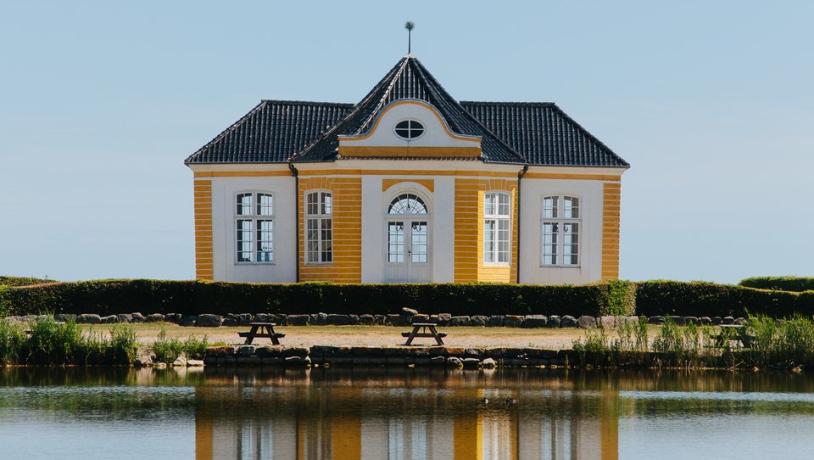 Several of Andersen’s famous fairy tales were written during stays in South Jutland.

It's hard to think of such a heartbreaking and sad story about a poor girl being written in such a grand and beautiful place, but The Little Match Girl was written in one day in the gardens at Gråsten Castle on 18 November 1845. You’ll find a sculpture commemorating the girl with the matches in Gråsten town as well.

Castles up and down the country are definitely a theme for the writer: he stayed in Broholm Castle near Svendborg in Fyn (now a hotel that you can also stay in), Valdemar Castle, also in Fyn, and up in Jutland, Nørre Vosborg Castle, and Børglum Abbey, where he wrote in his diary about seeing a ghost. It's easy to imagine that the start of The Princess and The Pea, where the princess arrives in the rain at a castle door, was inspired by one of these palaces. 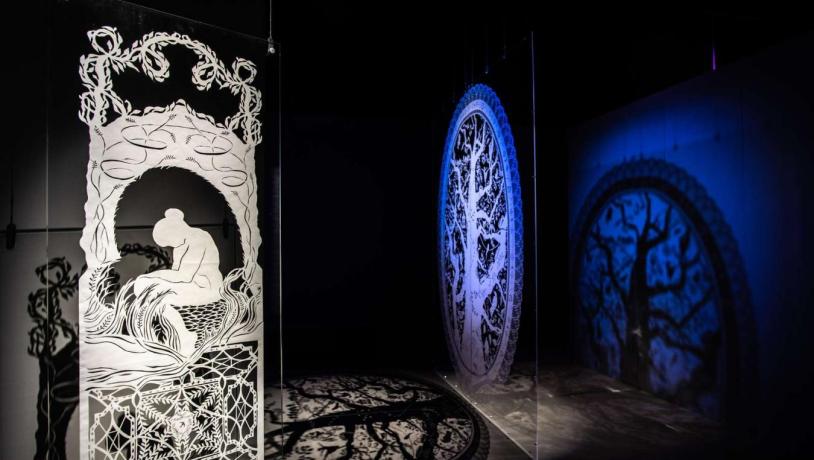 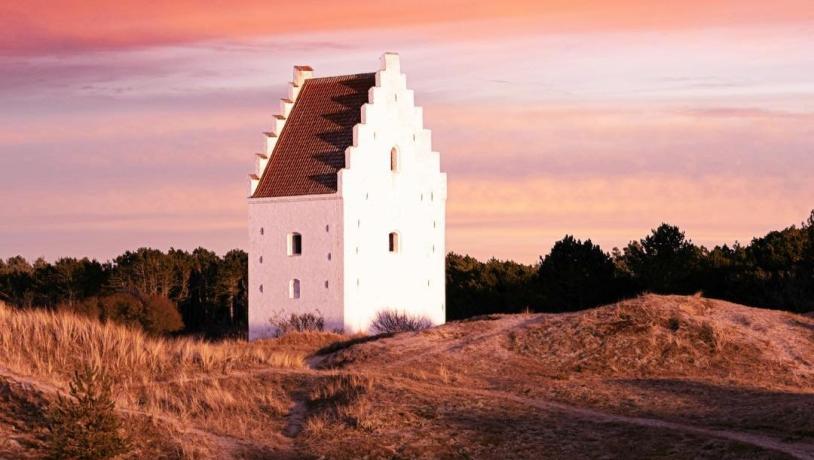 As well as being a stellar writer, Hans Christian was something of a paper cut artist. He’s also credited with creating the world’s oldest braided Christmas heart.

At the Museum of Paper Art in Blokhus, you can see an original Hans Christian Andersen paper cut, lent from Odense City Museum.

Why not follow Mr Andersen’s recommendations and stay at Brøndums Hotel in Skagen? Painter Anna Anker’s mother owned the hotel at the time and apparently baked such delicious raspberry slices – hindbærsnitte – that he came all the way to Skagen to eat them. Other stories tell of his temper - legend has it that he was so moody that a woman went into labour at the hotel on one of his visits.

While in Skagen, visit the sand-covered church. Now buried under the migrating sand dunes, bar its steeple, it was out in the open and easy to visit for Hans Christian when he was visiting in 1859. It just shows what the passage of time can do. And here’s another fun fact for you: while on the same trip, he wrote a poem that became Jutland’s national anthem.

Just like his famous stories, this country is unputdownable.

Go on an outdoor adventure